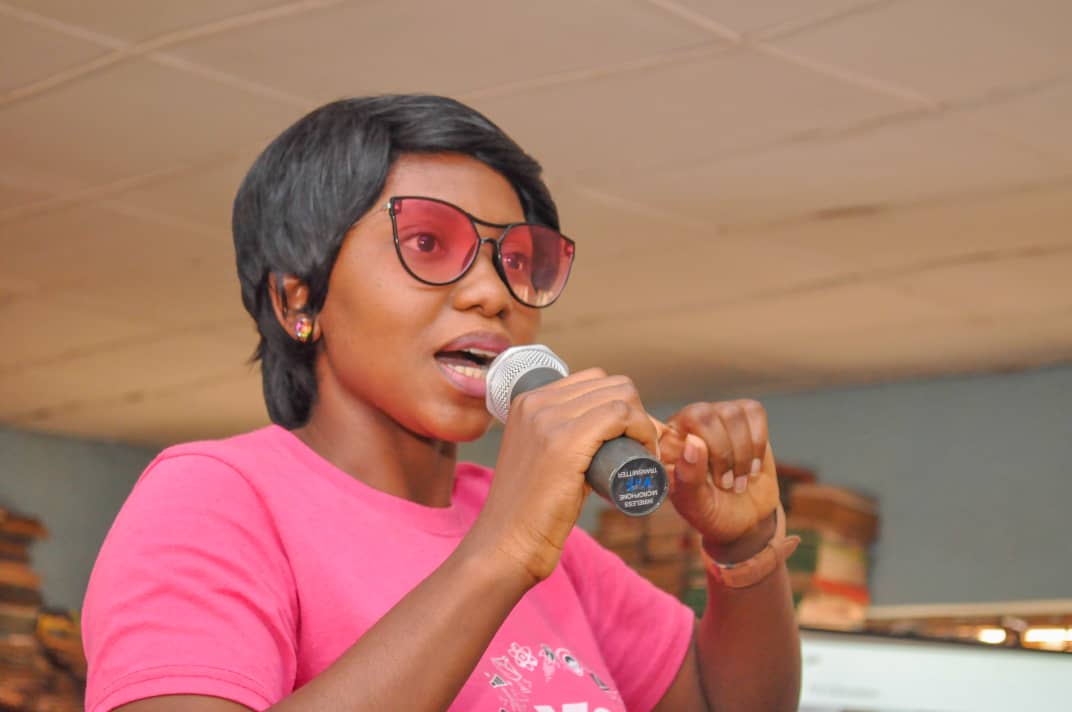 Olaleye Adeola is the women tech lead Kwarabuild tech community, WTMIlorin Ambassador and CO-Organizer @GDGIlorin.
Adeola is a web developer, a public speaker and a tech enthusiast, passionate about building confidence and knowledge of technology in the female gender in order to fully leverage technology in support of academic and professional excellence.

Interviewer- A tech enthusiast, web developer and co-organizer. Tell us more about your childhood growth. What inspired you take on this part. And does your course of study in the school has an effect on your profile?

(O.A)- First, I will say my growth has little to do with the part I chose. When I was in Nursery class, my best subject was computer. Aside that, there was this neighbor of ours who owns a desktop computer. I always loved sitting with him just to watch how he navigates the system. Meanwhile, I was not privileged to have any computer system around then in secondary school. My constant words was that come what may, I must own a laptop. Even as at then, I never knew the usefulness of it that much but I loved the feeling that comes with having a laptop. Talking about the inspiration; I actually regard myself as an average student when in class but when it comes to Logic related subjects , I love involving myself in it, I always want to know what and what was matched together to make a particular thing work. Because of my love for computer, I choose to therefore study computer science. Little did I know I signed up for trouble. I attended lecture for a week and I was confused. I started asking myself: is this L + B with Q Basic programming language that all computer scientists have been doing?. I waited for the second semester thinking perhaps, it will get better. I was introduced to Java programming language and I was like, this is a total waste of time. Not until the time came for my SIWES and I was introduced to HTML/CSS. I was super excited because I felt relieved that there is a part of computer science that I can eventually stick to. But after SIWES program, I was disconnected from my tutor then. For this reason, I stopped. However, I am always thrilled with the way my code runs then. This made me decided to pick up my laptop again and practice when I was still in school to be sure I could still remember everything I was taught.

After sailing through ND, I went in search of job but couldn’t get one. I then enrolled myself in Web Development class of which I still didn’t believe I could make a living as a Developer because I was always the only lady in web development class. Something however changed my notion: I attended a Women-In-Tech program. was super excited being among ladies of like minds and I asked myself a question that day: “Don’t you think my tutor is unfair; giving me the same task he gives to guys and expect the same result?”. Guess what? I got the answer and it was that: “Even though God called you a weaker vessel, you have the ability to work more than men”.
And that was what liberated me. My boss employed me as one of his Developers and I kickstarted my career in tech. Wow! 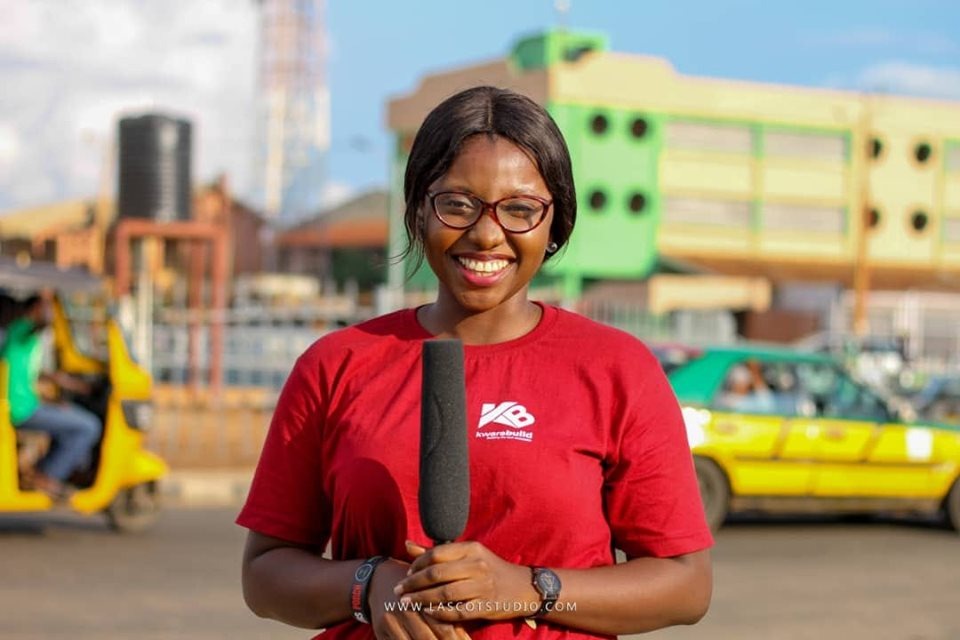 Interviewer- I was a participant at 2019 GDG DevFest Ilorin program and was wowed by the incredible arrangements of the program and Also of your inspiring speech. Tell us more about GDG.

O.A – GDG means Google Developers, a Google Community for Developers to Connect, Collaborate and Network. GDG makes you to connect beyond the screen.
When you join a Google Developer Group, you’ll have the opportunity to meet local Developers with similar interests in technology. A GDG meetup event includes talks on a wide range of technical topics where you can learn new skills through hands-on workshops. 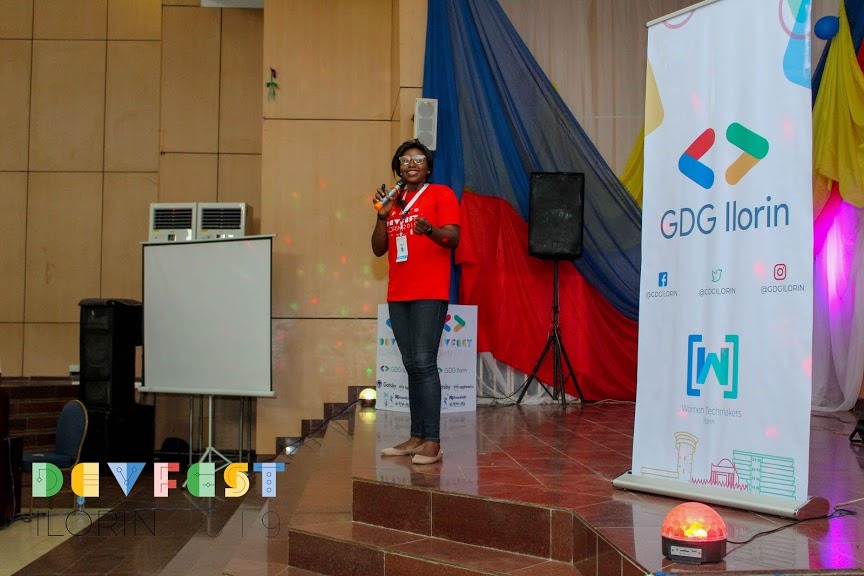 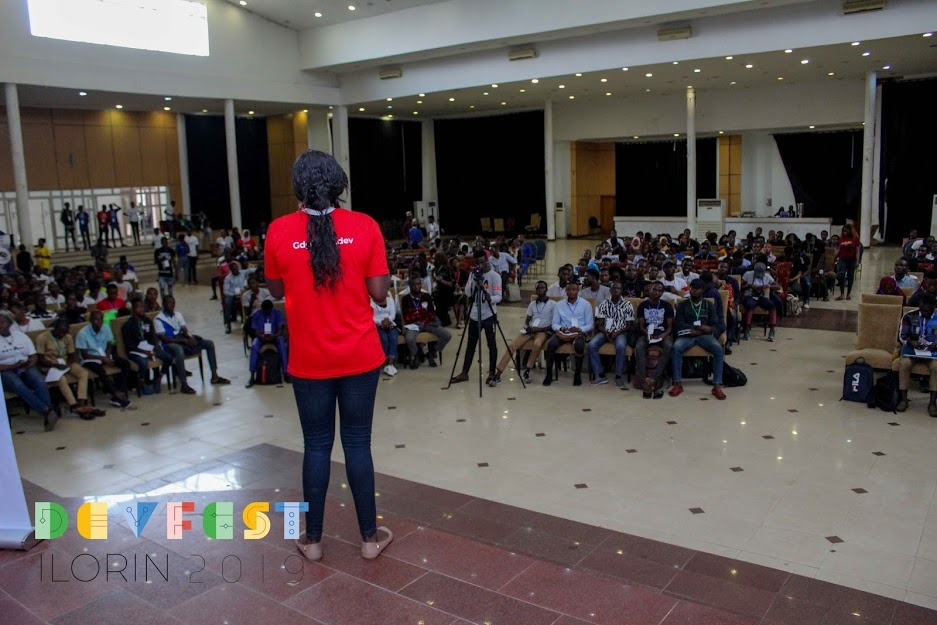 Interviewer- You are the Tech lead of KwaraBuild. Why was the focus of the community in Kwara and also what are the challenges you and team has encountered and how have you been able to outwit some of these challenges?

O.A– Kwarabuild focus is to build the tech ecosystem in Kwara State of which God has helped us tremendously. I’m not the lead organizer but the Women in tech Lead. Our vision at KwaraBuild Women-In-Tech is to bridge the gender gap in tech by providing a safe and welcoming atmosphere for women & girls to Connect, Learn and take Charge in the tech industry. We faced a lot of challenges in making the community stand; one of which I can never forget is our first conference. Once we’ve spent the whole day and night to set up the hall and almost 4months for publicity and we are expecting over 1000 attendees, 2 hours to the event, we were informed that we won’t be able to hold our event in the hall. I couldn’t hold my tears that day but thank God for the strong men in my team, they sorted out another hall within 2 hours, and it wasn’t too obvious. So many people told us to report and spoil the name of government as regards that, but the only thing i noticed was that the event was a double glory; we were commended for a successful event with the fact that it was our first and we were commended for not allowing our challenges to discourage or stop us from achieving our goals.

Interviewer- You are the co-organizer of WomenTech Makers Ilorin, a community aimed at empowering and inspiring young women in tech to collaborate. Could you tell us more about the idea and establishment?

O.A – Womentechmakers is a Google Global Program dedicated to helping women thrive in tech through Visibility, Community, & Resources.
The idea is to create a supportive global community in which women can connect, be inspired, and encourage each other to realize their passions. 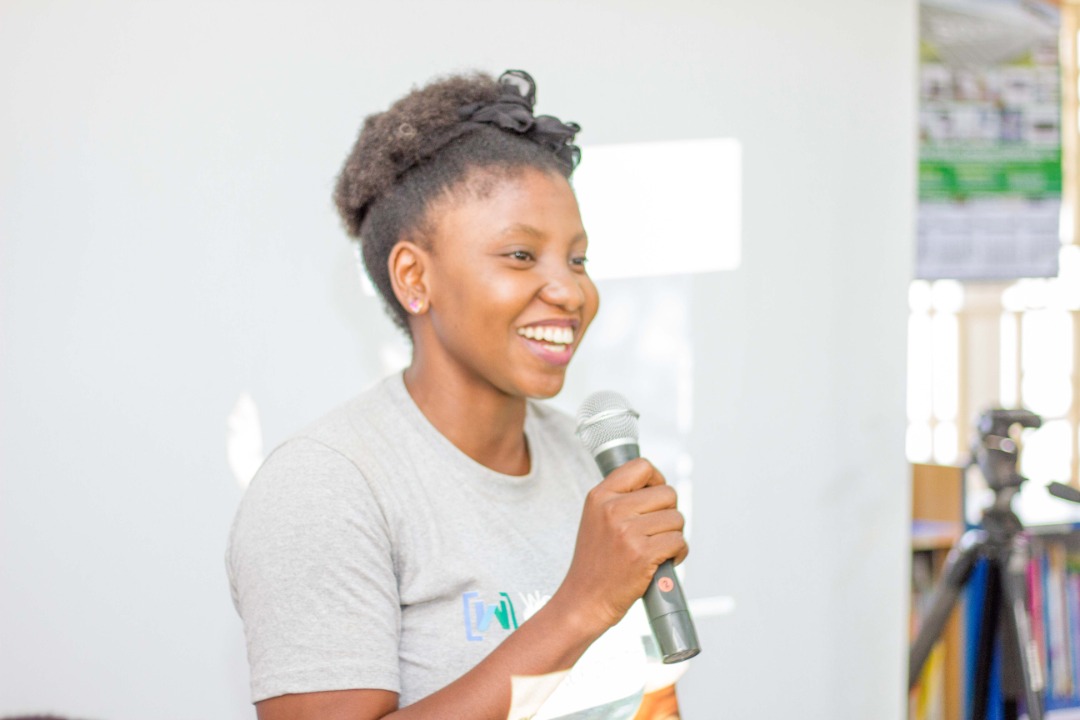 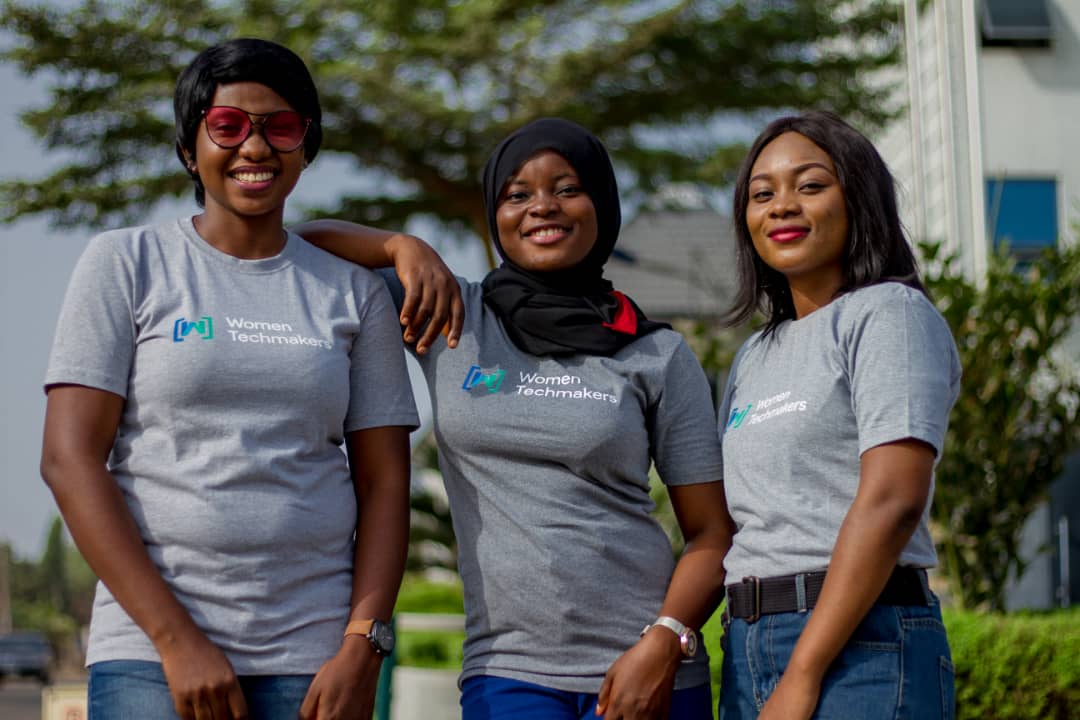 Interviewer- Studies show that women in the tech industry constitute only 28% of professionals in the sector worldwide, and just 30% in Sub-Saharan Africa. UNESCO statistics throw into light the huge gap between women and men in exploring careers in science, technology, engineering and mathematics (STEM).
How can we build a more gender balanced society where women are provided with the same opportunities and resources to excel as their male counterparts? and Also what are the roles the government needs to play in achieving this.

O.A– If the society will think less of women not having what it takes to lead or not capable of handling a position, then there will be gender balance. And aside the society, as women, we ourselves need to activate a can-do spirit. It’s not just to be a girlfriend or a wife, we have what it takes to do well like men in our field of endeavors.
The government role is to give the women the chances and full support to show our hidden potentials. Gone are those days where women don’t talk when men talk, this day’s women suggestions make much more sense.

Interviewer: Where will we find you on a Saturday morning by 10am.

O.A- Well, Saturday mostly are for meetups. If I’m not at a meetup, then I might be in church for a meeting, or I will be in my house. 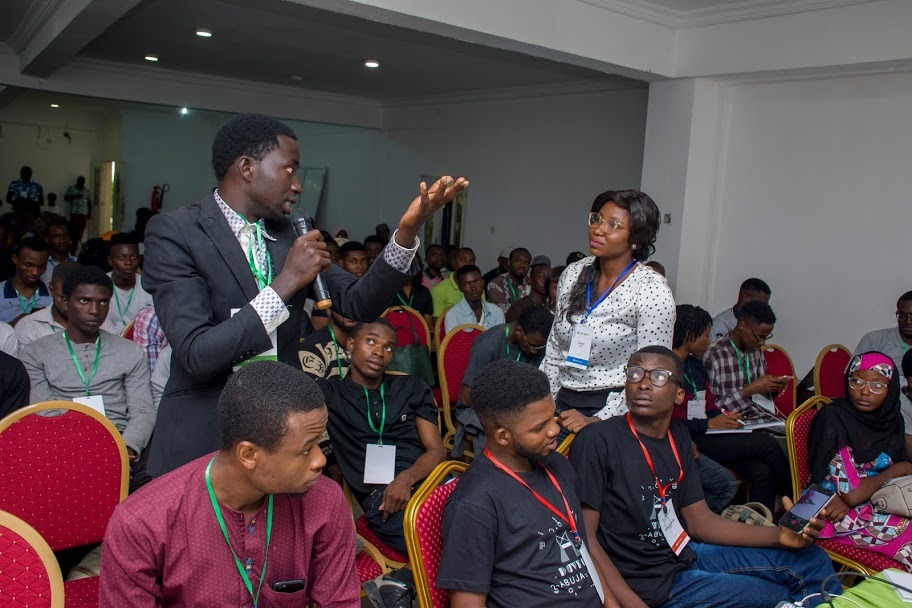 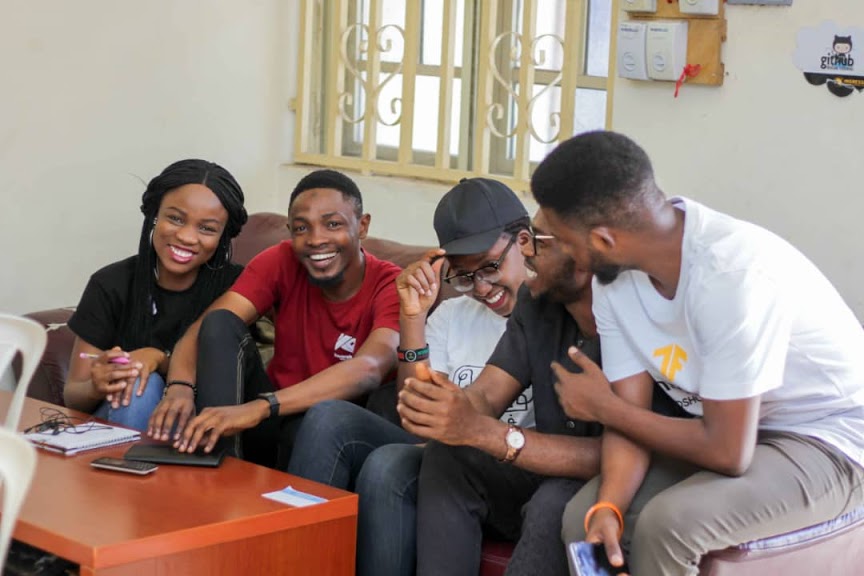 Interviewer: What’s will be your perfect/dream relaxation setting.

O.A– Let me just use this image to describe that while I have a solemn country song at the background.

Interviewer- International women’s day, what does that mean to you

O.A– In and Out of the kitchen is an exceptional women who is unstoppable, strong and vibrant.
A progressive woman is an inspiration to the society of which she deserves to be celebrated every day.
But a better occasion to celebrate such women, their achievements, their strength, wearing our badges, make a lot of noise together is International Women’s day 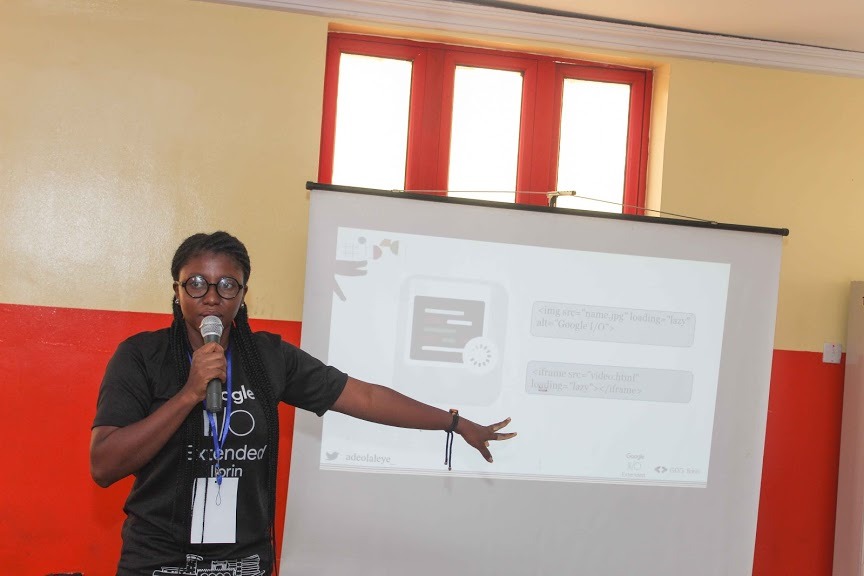 Interviewer: Which woman are you inspired by in your local community and globe.

O.A– In my local tech community, I don’t have any woman like that, but outside the tech community I have Pst Seyi Aboyeji and Dr Yemisi Adeyeye. And at the globe, I have Ire Aderinokun, she is a frontend Developer, a COO, a Writer and a Public Speaker, I’m just picking her abilities one after the other to work on my own abilities.

Interviewer- what’s your advice to other young aspiring tech enthusiast especially the girl child
My advice to other young aspiring ladies is this: deal with your greatest fear. Don’t think less of yourself. Be proactive and embrace knowledge and finally surround yourself with people that matters, they have a lot to do with how fast you will move. No one is too small, and no one is too old to embrace knowledge.

To connect with Olaleye Adeola

My Tribal Mark Helped Shaped Who I Am

They’re kids too and someone needs to tolerate their excesses and extend the hand of love and care to them.

Close Menu
Share this ArticleLike this article? Email it to a friend!
Email sent!